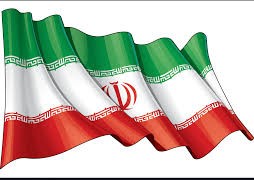 Iran’s intelligence minister has admitted publicly for the first time that Christianity is spreading throughout Iran.

Iranwire.com reports Mahmoud Alavi, the Islamic Republic’s intelligence minister, was giving a speech in front of several Shia Muslim clerics when he announced “Christianity is spreading in “parts” of Iran.”

In an apparent attempt to make light of the people are converting, Alavi said: “These converts are ordinary people whose jobs are selling sandwiches or similar things.”

The intelligence minister also told the clerics to quit bickering among themselves.

“We had no choice but to summon them to ask them why they were converting,” said Alavi told the assembled group. “Some of them said they were looking for a religion that gives them peace. We told them that Islam is the religion of brotherhood and peace. They responded by saying that: ‘All the time we see Muslim clerics and those who preach from the pulpit talk against each other. If Islam is the religion of cordiality, then before anything else, there must be cordiality and peace among the clerics themselves.”

“It is not the job of the intelligence community to find the roots of these conversions from Islam. But it’s happening right before our eyes,” he added.

Iran is known for its mounting persecution of Christians. The Islamic Republic is listed as number 9 among the world’s top persecutors of Christians, according to Open Doors USA. Christians in Iran are forbidden from sharing their faith with non-Christians. Consequently, church services in Persian (Iran’s national language) are not allowed.